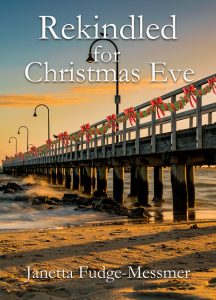 Reese Solomon retires from the Navy and returns to Annapolis, Maryland—the place where Madison Pointer broke his heart. He’s not worried about rekindling anything with her because she’s married.

A week after Reese arrives in town, he finds a letter with a picture telling him he’s a father. The two meet, and Kim and Reese both agree it’s a God thing. And for the time being, his daughter wants to keep the news of Reese relocating to Annapolis from her mother.

However, Madison finds out he’s back in town. And she wants nothing to do with him. Even though she’s a widow, her thinking is that too many years have gone by. There’s no chance of her rekindling anything with Reese. Where was he when she needed him twenty-plus years ago?

And the so-called miracles Reese and her family speak of are driving Madison nuts. Will she continue to believe the lies, or will she allow the past to convince her of the truth and to trust in the Lord and Reese again?